Med X: Now with even more glow sticks and ePatients!

It’s always tough to sum up a wonderful, weekend-long experience like Summer Camp Stanford Medicine X, so I will focus on what stood out the most for me.* Damn, These Cabins Are Nice
As always, @larrychu and his what-seems-like-a-small-army-of-a-team did a fantastic job of creating a unique conference experience…from the sea of smiling faces to the thoughtfulness put into everything ranging from the weight of the paper to the quality of the video production to the eyebrow-raising badges. I think it says a lot that student volunteers from last year’s Med X traveled back from medical schools like Yale and OHSU to be there this year.

Singing Songs & Roasting Marshmallows
Since its inception, Medicine X has always tried to give the patient a voice in the healthcare conversation. In past years, that voice often took the form of stories they shared. This year was a bit different as those patient contributions expanded even more. I saw patients helping to build research networks (C3N @ekeeleymore ), advocacy orgs (Emily’s Entourage @emilykg1), and apps (Goal Machine @HurtBlogger). 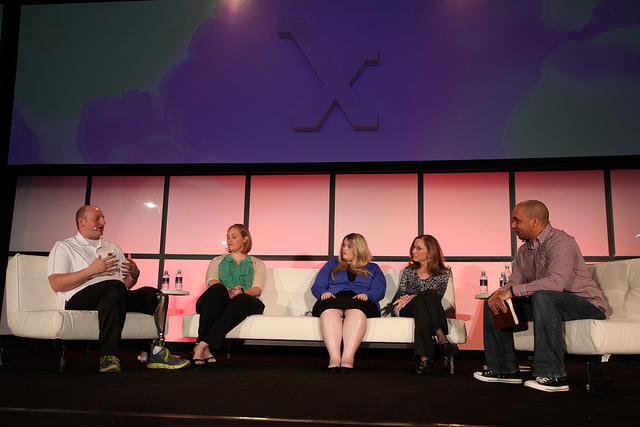 But I have to say, the stories themselves continue to have a substantial impact. Different stories speak to different people and a few this year really spoke to me. Joe Riffe (@DirteMedic) spoke about his journey from “broken biped to Prosthetic Medic”. Coincidentally, a story Joe (from Kentucky) told me about Pappy Van Winkle followed me all the way home, as that rare bourbon had cameos in both a Google-centric movie (The Intern) and on a soccer podcast (Men in Blazers) on my JetBlue flight. (This is also relevant because the absence of WiFi on JetBlue meant I had time to write this). Another story that stood out for me was that of Emily Bradley (@chroniccurve). Her guest appearance on Just Talking will completely open your eyes to what living with chronic pain and disability for a young woman on a college campus is like. Aside: if you haven’t checked out Chris Snider’s (@iam_spartacus) podcast, you should. He has done a great job having Med X lead-in and post-conference guests.

There were lots of ePatient stories that I found compelling, but the last I’ll mention touched me the most. As a father of a young daughter, I listened to Catherine Rose’s (@drcatherinerose) story about the struggle to keep her daughter Alexis alive and couldn’t imagine facing that type of adversity. As an engineer and degree collector, it was amazing how Catherine put her penchant for numbers to work to help her miracle baby. I can’t even begin to do her story and imagery justice. Make sure you check out the Med X video when released! Until then, this will give you a tiny idea about what Catherine has been involved with for Alexis. Update: Catherine posted her Med X slides and notes here. Check out how meticulous she is with this example.

Who Made the Best S’mores?
I like research. There. I said it. So I always look forward to the “Academic” part of the “academic conference for everyone.” And while I definitely was digging the #whatifhc panel episode of Scientist Island with @Berci  @michaelseid11 @stephen_friend and @dvansickle, I also really liked the Plenary and Parallel Sessions that let individual researchers shine in cooking up their own science-y S’Mores.

Research presentations worth writing home about included those by ‘conventional’ researcher Sean Young (@SeanYoungPhD): who presented on the use of social media for HIV prevention – his article was published this month in @AnnalsofIM;  Amy Birney: an industry-based research scientist at ORCAS who presented on the MoodHacker app for depression; and Sara Riggare (@SaraRiggare): a doctoral student/patient with Parkinson’s who presented on her efforts in engineering for self-tracking of chronic disease.

Best Moment of Camp (aka If You Only Watch One Med X Video)
There was an enormous amount of quality presenters and panels at Stanford Medicine X; however, if you missed the whole thing and only watch one panel (or were in a parallel session and missed it) I would strongly recommend the Organic Data panel featuring: Atul Butte (@atulbutte) & Gilles Frydman (@gfry). I felt they represented the conceptual/cultural Alpha and Omega of Stanford Medicine X. Atul Butte discussed the exciting possibilities of research with genomic medicine. I think him a bit prescient as well in reflecting on an older talk he gave in which he suggested than a high school student could perform high level research given what is available online today (I’m looking at you keynoter @jackandraka). The other thing Butte did was present in a way that was accessible to a very broad audience and with a pretty positive message. At the other end of the ePatient spectrum was Gilles. I knew a bit about ACOR and his work with participatory medicine and had even met him once at a conference in Philadelphia. However, I had never heard *him* tell his story. Wow. Patient advocacy, community building, bridging the gap from patient to researcher…he has created a truly admirable body of work.

I’ll come back and update this post with the link to their panel video when it goes up – it is that good. UPDATE: Video has been posted of @gfry video and of @atulbutte video from the session.

Camp pranks and surprises
Was I surprised when I saw a pediatrician from the Midwest quote Pitbull in the #MedX stream? Yes, sort of.
Was I pleasantly surprised when @SeattleMamaDoc overheard and got my back after someone challenged me for “being too pale” to actually live in Florida? (Psst, it’s called sunscreen). Yes, it was nice.
Was I dismayed at the number of articles that were inaccessible related to conference topics. Unsurprised. But yes, a bit.

EuroDisney
I had a couple of experiences at Med X that prompted me to think about trying to make it to Doctors 2.0 and You. At one point I was at  a table with @Berci @health20Paris @gfry and @CiscoGiii (almost as the lone American) and it occurred to me that there might be good ideas elsewhere too. It made me think back to Mednet in Leipzig (anyone? anyone?) where I heard a presenter from a Scandinavian country bemoan the fact that only 92% of their hospitals had EMRs. That was 2007.

Future Is In Pretty Good Shape With These New Campers 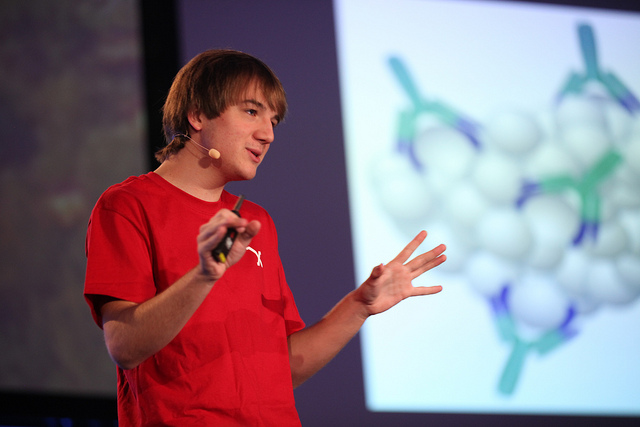 I saw a lot of first-time attendees, ideas, and presentations at the 2013 edition of Stanford Medicine X. There were innovative scientists, emerging patient voices, and creative technologists. We have a lot of problems to overcome with healthcare. But I definitely left feeling that we have the pieces to do it.

*Confession: I’m totally stealing the #MedX Summer Camp theme and using it as a device here

From an ER Physician (@DrLeanaWen)

From a medical student (@TheBiopsy)

From a kids doc in the Midwest (coincidentally…no, really!) (@DoctorNatasha)

From a pharmacy student (@NicholasVu)

From a patient who experienced an “unnecessary nightmare” (@Riander)

From a physician futurist (@Berci)

From a “Professional Patient” (with loads of vid interviews) (@Hospital Patient)

From an ePatient Advisory Board member and fishing line magician (@NickDawson)

From an ePatient who also provides the E of Entourage (@emilykg1)