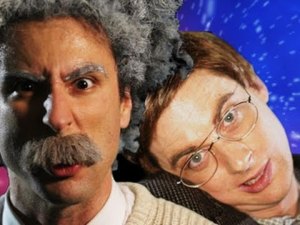 The Consumer Health Informatics & Web 2.0 in Healthcare elective I coordinate for the college of pharmacy wrapped up in December and the ‘votes’ are in about the course. I felt the course went more smoothly this semester and was thrilled to again be able to expertsource several topics by benefiting from guest lecturers. However, the final decision (as always) rests with the students, whose opinions were solicited in the quest to improve the course.

The final exam is an all essay affair (which is not exactly universally popular) and at the end prompted the students to share their opinions on the most and least useful/interesting lectures of the semester along with other feedback.

Based on the comments they wrote, the topics that generated the most traction among students were mHealth and eProfessionalism. Students conveyed they were most intrigued about the potential of mHealth and felt like the issues within eProfessionalism were most personally relevant in their lives. Contributing guest lectures on these topics were leading social media & pharmacy thinker and University of Kentucky professor Jeff Cain (@DrJeffCain) and pediatric endocrinologist-turned-entrepreneur Jen Dyer (@EndoGoddess), who has created an eponymous app. Dr. Cain’s contribution, in particular, may end up having the most longevity of all topics within the course.

However, the most polarizing topic (and lively discussion) was spurred by the guest lecture “Spread the Love, Nothing Else” by Ramin Bastani (@RaminB) of Qpid.me. I first met Ramin at @BJFogg’s excellent Mobile Health @ Stanford. While I wasn’t entirely sure what I thought of the STD-notification idea initially, I certainly believed it would be a great tool to engage students about issues surrounding mHealth, the changing nature of communication via social media, and public health. It was. They were.

A sneak peek of data and a physician perspective on use of social media caught the attention of a group of our students as well. Stanford Medicine X creator and AIM Lab Director Larry Chu (@LarryChu) provided an interesting look via his analysis of 4999 online physician ratings.

The most pharmacy informatics-centric and global perspectives that resonated with students were provided by Jerry Fahrni (@JFahrni) of Talyst and Brent Fox (@Brent_Fox) of Auburn University, respectively. The course (unsurprisingly) is focused on the consumer health subspecialty of informatics, but those students who already are planning a path in pharmacy informatics clearly took to Dr. Fahrni’s lecture.

One of the new topics this semester was #SocialGood where we talked a bit about efforts like Free Rice and Kiva. It was really inspired by The Dragonfly Effect lecture from the 2011 Medicine 2.0 Congress. It was pretty primer-y and could likely benefit from a guest lecturer (suggestions?).

All-in-all, the course had some great moments, I think the students took away some useful tools and ideas, and I definitely learned an enormous amount from them and the guest lecturers!